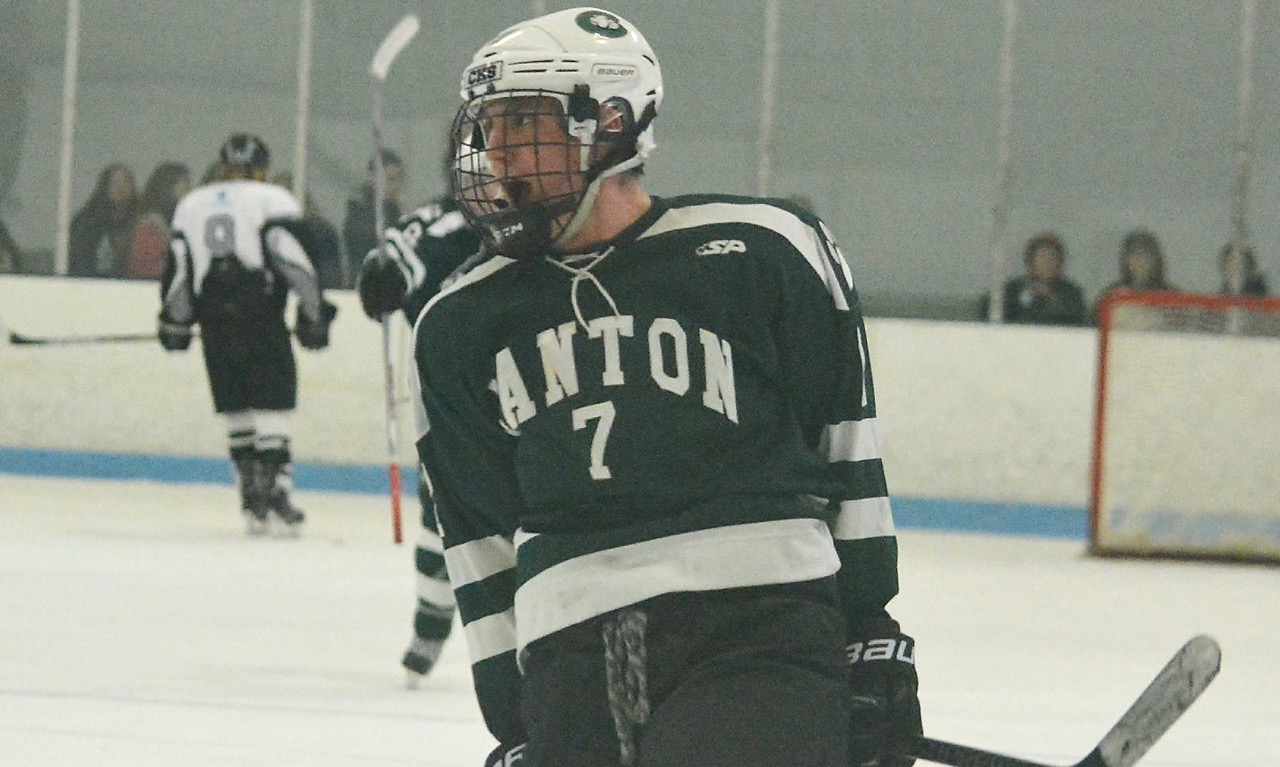 Foxboro had a down year a season ago but new head coach Mark Cedorchuk brings back the team’s leading scorer from a year ago in senior captain Mike Carresi. Carresi is a creative forward that creates a lot of opportunities for teammates. He’s a strong skater that can drive into the zone, allowing teammates to set up. His ability to set teammates up was apparent a season ago when Carresi led the Warriors with 10 assists. He was second on the team with seven goals a season ago, so he’s also able to finish in and around the net. He finished with a team-high 17 points for Foxboro. The Warriors have a lot of offensive talent back this year, including leading scorer Pete Smith, so expect Carresi’s playmaking ability to factor in again this year.

The junior forward returns after a strong sophomore season in which he led the Warriors in scoring with 11 goals and 15 assists, for a team-high 26 points. With the top three scorers back from last year’s team, which qualified for the Div. 1 state tournament, Cooke and KP will have high expectations for the upcoming winter. A quick, talented skater, Cooke gives the Warriors speed through the middle of the ice and he has the stick handling ability to create scoring opportunities out of nothing. As Cooke continues to develop the physical side of his game and his two-way play, he gives KP a major weapon on the first line to cause even the top defenses problems. Cooke could benefit from more continuity in the program as well, with second-year coach Paul Carlow returning to build on the system he implemented last year.

The senior forward is one of the main attacking players that returns for the Bombardiers and will enter his final season with a new coach, Mark Homer, and a new home rink, New England Sports Village. With only 15 players and two goalies on this year’s roster, Elliott will see plenty of ice time to try and show off his strong stick handling ability and good finishing touch that helped him finish with 17 goals and 17 assists last season. It will be tough to keep pushing up and down the ice without the depth of some of the other Hock teams, but Elliott and the Bombardiers are accustomed to that and will be hoping to mark their first season in their new home with a return to the playoffs after narrowly missing out in the final game last year.

One of the biggest question marks for the Black Knights for the 2016-2017 is who will replace the scoring production of the graduated Mark Sheehan. Stoughton has a good candidate in senior forward Jon Lessa. A year ago, the senior was second on the team in scoring with nine goals while finishing third overall in points with 15. He possesses a quick right-handed shot that doesn’t require much time or space to get off. He has some height that gives him an advantage when carrying the puck or fighting down low on the boards. The Black Knights don’t have as much depth as some of the other Hockomock teams so Lessa, who has already scored this season, should see plenty of ice time.

Canton has had a lot skilled players come through the program in recent years but Jackson Maffeo, a defenseman, stands out among the best. The 2015-2016 HockomockSports.com Player of the Year has not only been one of the best at his position over the past two years, but one of the best players period. We’ve seen how good Maffeo’s puck skills are over the past two years and we expect more of the same again this year. He has a terrific shot – one of the best in the area and adds a lot to the offense with his ability to move the puck, finishing with two goals and 12 assists last year. Defensively, there isn’t much to say that hasn’t already been said in the past. He’s one of the most physical players in the league and does it all within the rules. His hockey intelligence is superior to most in the league. The Bulldogs have their top four defenseman from last season so that should be a strong suit this year.

The junior forward is coming off a season in which he led the Panthers in scoring as a sophomore, helping Franklin complete an unbeaten league campaign, clinching another Kelley-Rex division title, and also making history as part of the Div. 1 state championship team. He had a team-high 15 goals and 20 points last season. This winter, Miller comes in with even more expectations, as Franklin continues to make itself a program to watch statewide and building its resume with tough non-league games, such as a rematch of the state title game against St. Mary’s. Miller will have a lot of help up front as the Panthers return a core of forwards, including Adam Assad and state title game hero Luke Downie, but Miller remains the lynchpin with his combination of speed and strength. He has no problem battling for a puck against the boards and can break free with his skating ability in open ice.

The senior defenseman, who is in his fifth season on the varsity roster, has been a three-time Hockomock all-star and was a backbone on the Tigers last winter as the team returned to the postseason after a long wait. The expectations will be even higher this season, as Taunton looks to build on that success and consolidate itself into a program that can reach the playoffs every season. While offense stole the headlines last winter, Terry was a mainstay on the Tigers top defensive pairing and gave Taunton a physical edge in its defensive zone. Terry had seven goals and nine assists for 16 points last year. After getting a taste of the tournament last season, the Tigers will be hungry to get back there and the ultra-experience Terry will be one of the players counted on to lead them during the league campaign.

After spending last season in juniors, senior forward Joe Olsen is back with the Hornets for this winter and is ready to pick up where he left off after a strong sophomore season. Olsen will be on the first line with classmates Matt Farragher and Chad Piotti and will be a pivotal returning player for first-year head coach Mike Balzerini, as Mansfield looks to find more scoring punch. Olsen is a strong skater with solid skills and he can be a critical piece for the Hornets, who are looking to get back in the Kelley-Rex title race after a difficult 2015-16 campaign. With the experience that he picked up during his time in juniors, Olsen should be able to mesh well on the top line and create opportunities for his teammates.

There have been a lot of great goalies in the Hockomock League in recent years and North Attleboro’s Ryan Warren added his name to the list after a stellar freshman season. Now a sophomore, the reigning HockomockSports.com Underclassman of the Year is looking to build upon last year. He recorded 413 saves last season and had four shutouts. He also had a .918 save percentage and a 1.85 goals against average for the Rocketeers. North Attleboro returns a big group of experienced players this year, including a strong group of defensemen. Warren stands tall in net and moves side to side very well. He showed last year that he positions himself well and doesn’t allow too many second chances — and when he does, he does well to keep the puck away from dangerous areas. Warren could elevate to an elite level during this season.