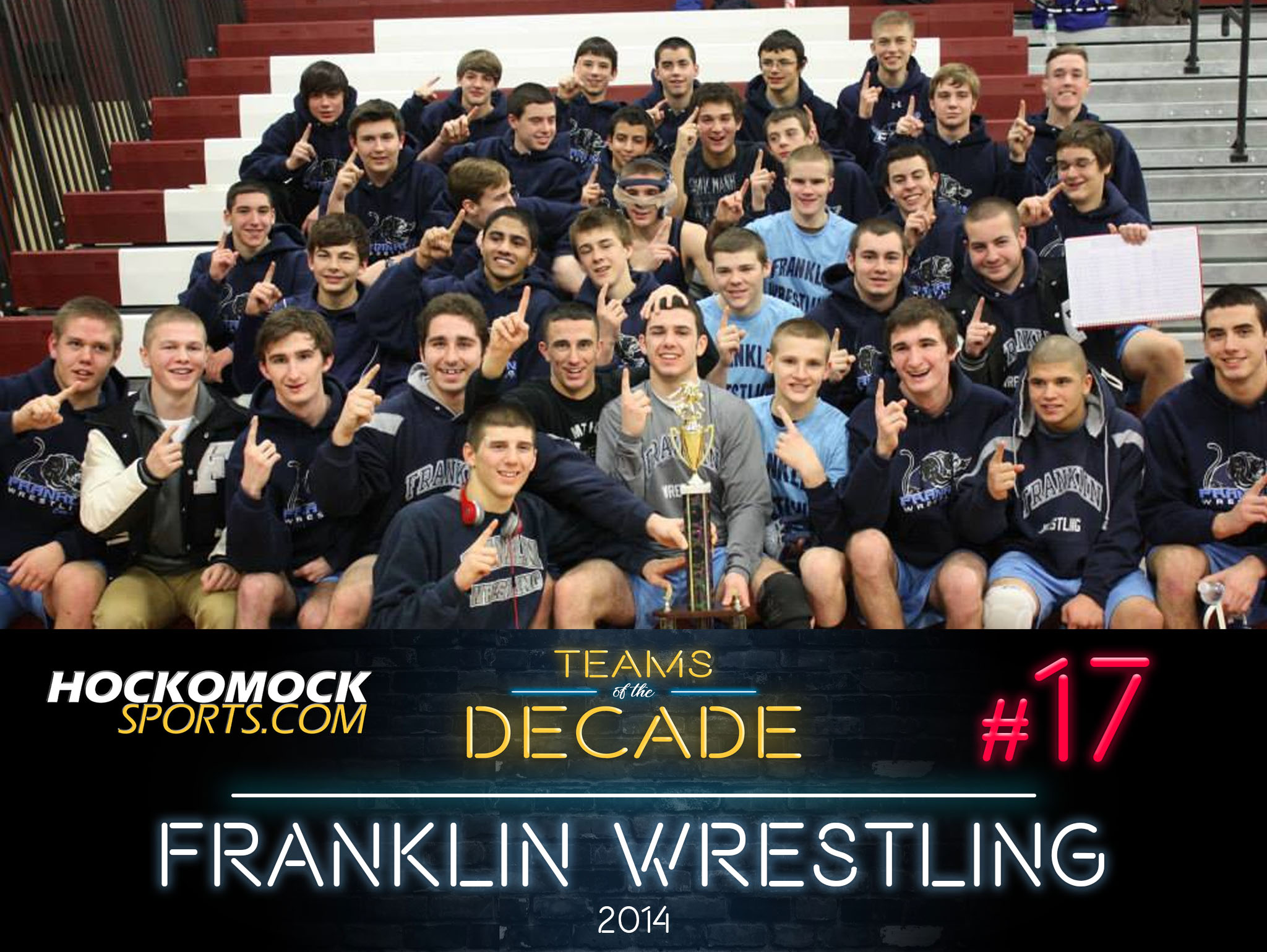 There have been a lot of great individual performances by Hockomock wrestlers through the years, but few teams had the depth of Franklin in 2014. The Panthers started slow as they incorporated new faces, but they rolled through the league (including a big win at North Attleboro) to win the league double, claiming both the dual meet and league championship meet titles.

Franklin carried that success into the postseason, winning the Div. 1 dual meet crown and the D1 Central title as well. The Panthers finished third in Div. 1 and fifth at All-States, showcasing a high level of wrestling throughout the roster.

Head coach Carmine Colace said after the Panthers edged North Attleboro at the 2014 league meet, “We do have a lot of depth; we do and that really helps. Today was a real team effort because we had some tough matches in the semis, but nobody got down on themselves and they all battled back.”

After winning the dual meet title, Franklin went into the Hockomock Championships as favorites and took control of the leaderboard early on. The first four weight classes were won by the Panthers. Mike Coppola (108), Cam Kelly (113), Ben Zogby (120), and Dan Pisani (126) went back-to-back-to-back-to-back to start the final round and Griffin Tighe (195) added a fifth individual title later that evening.

After the meet, Colace said, “In the last couple of weeks, we’ve been gaining the momentum and confidence…We started off a little slow, but that was to be expected. Who wants to win matches in December? You want to win matches in February and March.”

Franklin’s team effort led to an impressive performance at the Div. 1 dual meet, which the Panthers won for the second time in five seasons since making the jump from D2.

At the D1 Central tournament, Franklin had a wrestler from 11 weight division qualify for states, and three more finished sixth or better. Ryan Creavin (160) took home first place and six wrestlers took second (Coppola, Kelly, Zogby, Pisani, Tighe, and Ryan Ricard). Again it was depth that was the story as Franklin took third as a team at D1 states. Kelly and Tighe won their respective weight classes and five Panthers advanced to All-States.

At the All-State meet, the Panthers took fifth overall. Tighe made it two titles in two weeks, while Kelly (second) and Zogby (third) both joined him at the New England meet. Franklin finished 11th as a team at the New Englands, with Tighe taking sixth place and Kelly capping off his season with an impressive run to the final at 113 before suffering a one-point loss to the top seed, who he was wrestling in the final for the third straight meet. 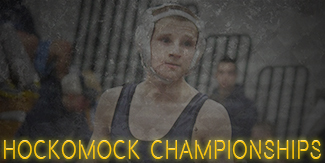