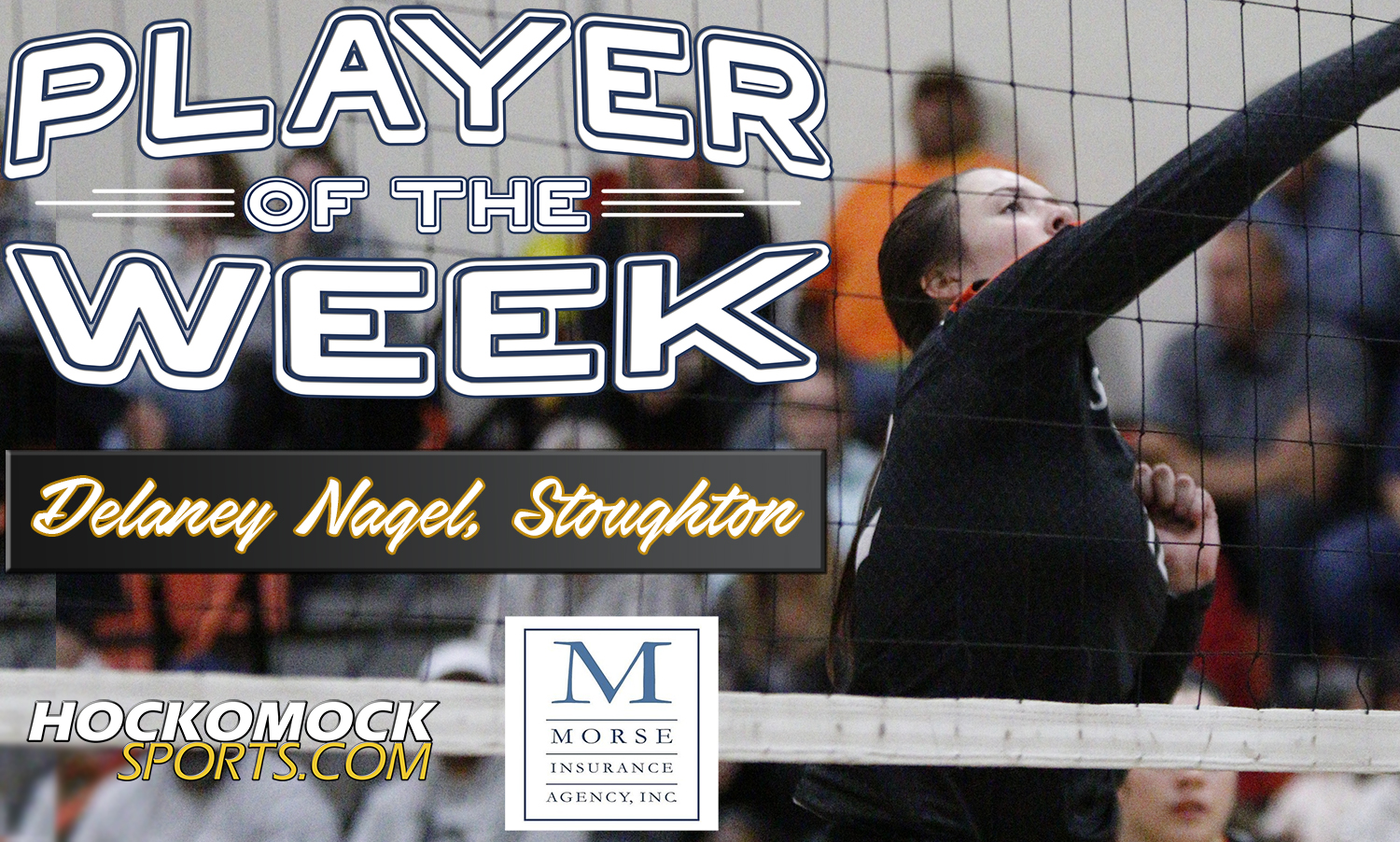 Stoughton senior Delaney Nagel has been selected as the HockomockSports.com Player of the Week, presented by Morse Insurance, for Oct. 21 through Oct. 27. Nagel is the eighth player chosen as Player of the Week for the 2018-19 school year.

Nagel, a middle hitter for the Black Knights, had a big all-around week to help Stoughton finish up the regular season with three wins, finishing just one game back of Canton in the league title race and with 15 wins overall. Nagel was influential at the net on offense and defense and at the service line to extend Stoughton’s win streak to five games heading into the postseason.

“Delaney has always been a strong presence in the middle for our team but really stepped it up this week,” said Stoughton head coach Erica Batchelder. “She came up huge serving against Milford, she dominated the net against Sharon, and the finished the week against Spellman with 12 kills and 5 blocks. She is one of those quiet players that just works hard and does what she needs to do to help the team. She steps up big under pressure. Delaney is just a happy-go-lucky kid that never complains, supports her teammates, and is always in a great mood. She is a pleasure to coach and always has everyone laughing but when she gets in her game mode, there’s no stopping her.”

Nagel opened the week with an impressive performance at the service line in the decisive fifth set against division rival Milford. She had seven aces in the final set alone to lift the Black Knights to the win. Two days later, Nagel had a strong game at the net, with 14 kills and 10 blocks, to help Stoughton overcome a first-set loss to Sharon and win 3-1. She wrapped up the week on Friday, combining with Molly Turner for 23 kills in a sweep of Cardinal Spellman.

For the season, Nagel is tied for the most blocks in the Hockomock League with 80 (along with Canton’s Erin Devine). She is also third on the team with 125 kills.