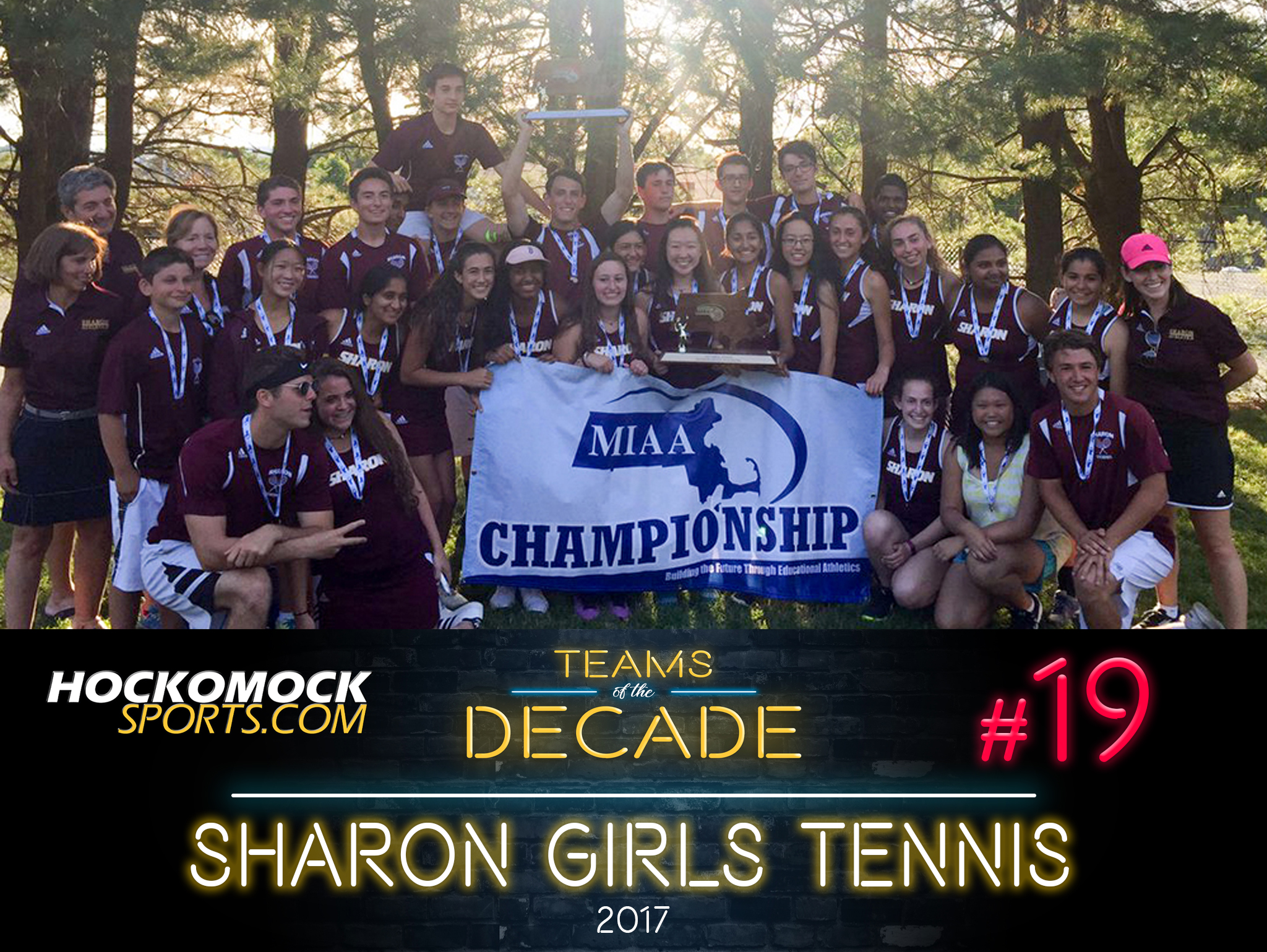 Sometimes a team is great because all of the pieces fit together perfectly, and sometimes you have a great team by having a bunch of talented players. The 2017 Sharon girls tennis team had both; a group loaded with skill that filled out the lineup perfectly and the result was a Division 1 State Championship.

As a measuring stick to how good this team was, junior Lulu Yuan was named Hockomock League MVP two seasons prior as a freshman. This season, Yuan had no problem moving to third singles with sophomore Nupur Shukla taking over at first singles and freshman Emily Zhang playing at second singles. With that depth, the Eagles were nearly impossible to beat in singles action alone. In fact, Yuan went undefeated (dropping a total of just four games the entire year) and each Shukla and Zhang dropped just one match apiece in the regular season.

“The 2017 team was a very talented team, with all three singles players capable of playing the number one position,” said head coach Diane Micheroni, who was assisted that season by Colleen Durno and Vinny Micheroni. “They were a powerhouse and dominated the Hockomock League. Having said that, I would also say that the Hockomock League that year was the strongest I have ever seen. Foxboro was a powerhouse in Division 2, with their top three singles players, and North Attleboro was extremely strong, especially with their double teams, and they made it deep into the playoffs.”

The Eagles soared through the regular season, sweeping eight matches and winning eight more with a 4-1 scoreline. Playing division rivals on back-to-back days early in the season, Sharon’s three singles players combined to drop a total of just two games to secure a 3-2 win over a tough North squad, and a day later, the Eagles picked up a sweep in doubles play (Emily Wen and Sydney Gordon at first doubles and Rithika Neti and Sophia Fein at second) to knock off Foxboro. The second time around, Sharon beat the Warriors by the same 4-1 scoreline and showed its improvement on the doubles side by sweeping the Rocketeers.

The regular season also featured impressive non-league wins over Brookline (who they would later beat again in the quarterfinals in the state tournament) and a 3-2 win over Martha’s Vineyard, who would go on to win the D3 State Championship that season for their third straight title. In that match, all three of Sharon’s singles players won in straight sets to notch the win. The Eagles entered the postseason with a convincing 5-0 sweep of Shrewsbury, who reached the D1 Central final.

In the state tournament, the Eagles rolled past Natick, Brookline, and Weymouth to reach the sectional final against playoff rival Wellesley, who also entered undefeated. It was Sharon’s third straight appearance in the sectional final and second against the Raiders, who prevailed 3-2 a year before. This time around, Yuan, Zhang, and Shukla came through and gave the Eagles a 3-2 victory and the sectional crown. Shukla battled back from multiple deficits to seal the win 6-3, 7-6 (7-5).

Sharon was up against a powerhouse in Longmeadow in the state final, a team that featured that year’s singles individual state champion in Iris Gallo and the state’s runner-up doubles team of Jennifer Brayton and Meghan Swanson. Sharon showed off its depth by winning both doubles matches in the game, and that proved to be the difference. Junior Katie Merport and Emily Wen won in straight sets while the team of junior Rithika Neti and freshman Sophia Fein secured the state title win a third set victory at second doubles. Yuan also won in straight sets to give the Eagles a 3-2 victory and the state championship.

“My doubles teams came through in this match,” Micheroni said after the state championship. “The singles get a lot of attention, but I always say titles and championships are won by your doubles and they came through. They did come through today. I’m very proud of them – the whole team.” 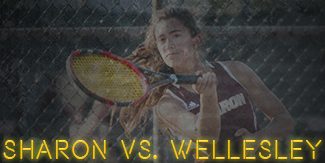