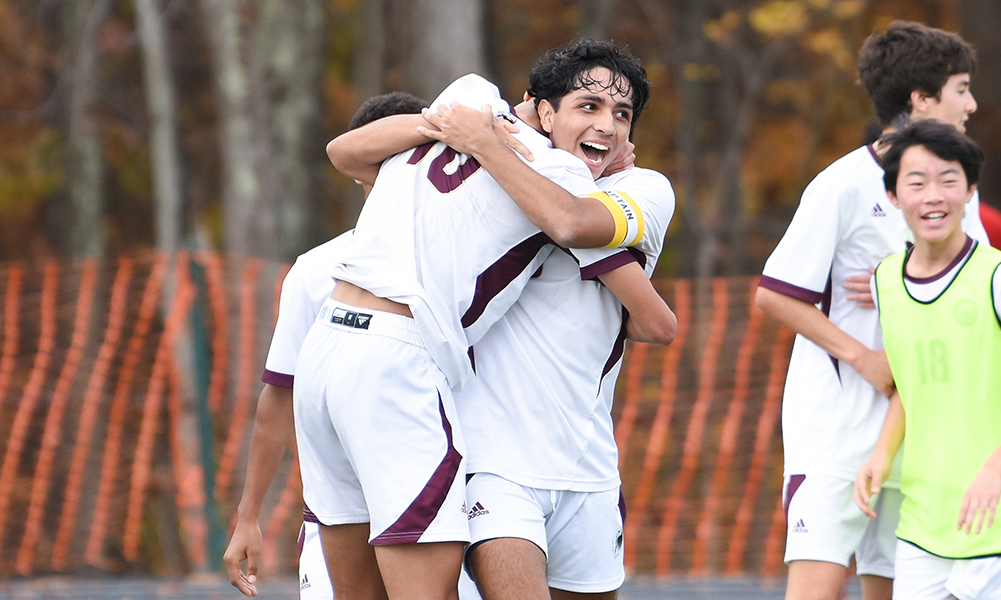 Click here for a Photo Gallery from North Attleboro vs. Sharon boys soccer at Beaupre Field, 11-5-22.

NORTH ATTLEBORO, Mass. – When Sharon scored in the regular season, the Eagles were unbeaten (6-0-4). So, when Miguel Vasconcelos found the back of the net midway through the first half of Saturday morning’s Div. 2 Round of 32 game at Beaupre Field, Sharon must have been thinking a Sweet Sixteen berth was in its grasp.

It wasn’t going to be easy to get over the line with the win. North Attleboro, which won the regular season meeting between the teams, tilted the field in the second half, keeping the pressure on Sharon’s back line and getting the ball into the box at every opportunity.

Led by center backs Rhys Davis and Tyler Goodman and goalie Matt Baur, the Eagles were able to withstand North’s push for an equalizer and hang on for the 1-0 victory.

“I think we work hard to be composed all 80 minutes,” Sharon coach Scott Nathan explained. “I tell them all the time, especially when we’re up a goal, you know what the other team is going to do. They’re going to put more pressure on you, so you have to match their intensity, you have to stay composed, you have to use your skills and I thought we did that really well in the second half.”

First-year North coach Mike Lacasse said, “I think it’s something we’ve been working on all season long, and gotten better at it, creating those opportunities, but I think Sharon played very well. Their back line was really solid. I’m proud of everybody, they fought to the last second.”

Sharon started the game on the front foot, led by central midfielder Adam Eastman and freshman Vlad Shkolnikov. Eastman’s run from deep led to the first good chance of the game, as he was able to bring down a looped pass by Cam Birnbaum over the defender and draw a foul on the edge of the box. The North wall did its job though, deflecting Eastman’s free kick a foot over the bar.

North’s best chances would come from set pieces. An in-swinging corner kick from Patrick Etienvre picked out defender Sam Bush at the back post. Bush rose highest and got good contact on the header but it was inches wide of the top corner. Just seconds later, North was behind.

Eastman played a ball down the left channel for Vasconcelos to run onto. The senior forward got a step on his marker but didn’t get great contact on his first effort, which was blocked by North keeper Owen Goeller. Vasconcelos stayed with the loose ball and calmly slotted it into the now empty net to put the Eagles in front. It is Sharon’s 18th goal in 19 games this season.

“It’s huge,” Nathan said about getting the opening goal. “We know each other really well. We knew that we could get on them first and early that it would really help our cause and give us energy and I’m really happy we could do that.”

Another Etienvre corner gave Givany Carney a chance, but he was only able to make partial contact under pressure from his defender and Baur easily grabbed the loose ball.

Sharon was continuing to create chances at the other end, looking for a second goal that would make things more comfortable. Rishi Shetty’s cross from the left wing found Shkolnikov at the back post but North defender Brody Carter was well-positioned to clear it off the line. Shkolnikov sent Shetty away down the left side late in the first half, but Goeller was able to get down and block the shot at the near post.

In the second half, North picked up the intensity, searching for the tying goal. Kaden Burns was a consistent outlet for the Rocketeers, making runs down the left wing. He crossed into the middle of the box, but Zach Smahi was only able to get a toe on it with Carney just behind him ready to pounce.

Etienvre curled in a long free kick that was flicked on by Smahi to Burns but his header went agonizingly wide of the post. Burns then provided a deep cross to Smahi at the back stick but his downward header was blocked. Eliude Alcenat tried to follow up, but Baur was able to cut out the low cross before it could reach Bryce Newth in the middle.

Sharon had very little going forward in the second half but was able to fashion one chance to put the game away. Freshman Diego Martinez played a ball into the middle to Birnbaum, who took a touch and played the ball into the path of James Jennings on the left. Jennings charged into the box and, from a tight angle, forced Goeller to touch it around the post.

It was a rare foray into the attacking half for the Eagles. North came right back down the other end. Carson Dameron made a nice run to the end line, nutmegged the first defender, and crossed into Newth only for Goodman to clear. The ball fell to Etienvre but his shot was over. A few minutes later, Quinn Conley made a run on the left and cut it back to Smahi on the edge of the box but his shot was right at Baur, who covered.

“It’s difficult to stay composed,” Lacasse said about trying to find a late equalizer. “You have to adjust but still play within your style of play and try to create those scoring opportunities. Second half we were trying to get deep in their zone and work it back to the top of the 18 instead of crosses in towards their goalie because he’s tall and athletic.”

Dameron would find Burns with a late corner, but again the downward header was easily caught by Baur off the bounce. It would be the last chance for the hosts, as the Eagles were able to celebrate the win that keeps their season alive.

Nathan added, “I think this year, all but two of our games were one-goal games, so I think we’re used to and prepared for tight games, which I think helps us and I thought the boys did really well collectively as a unit today to finish it off. I’m proud of them.”

The Hockomock League held its annual cross-country championships on Saturday morning at the Wrentham Development Center. Below are the Hockomock Cross-Country Championship team and individual results.

Click here for full results from both the boy’s and girl’s meets. 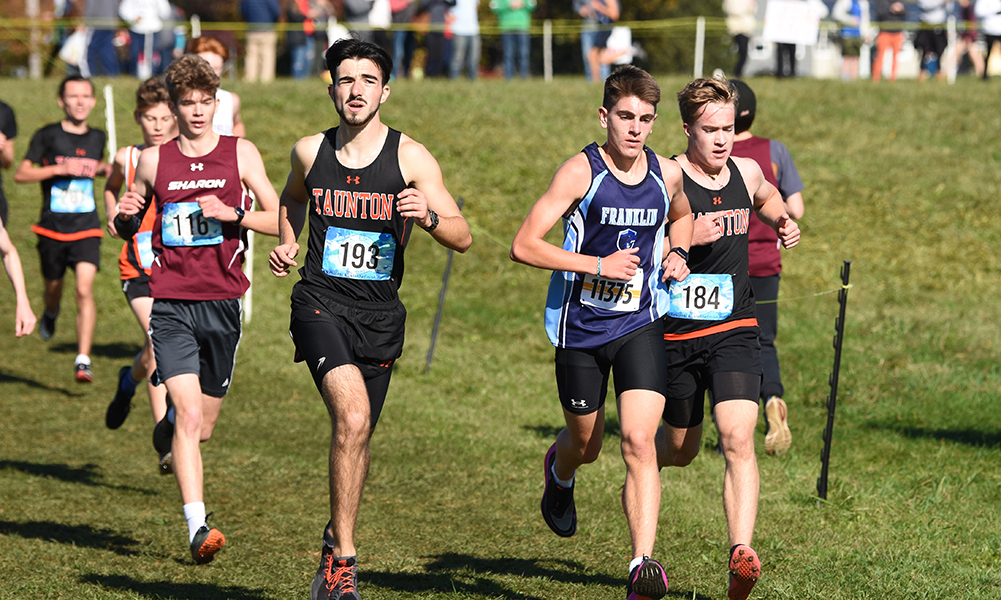 Click here for a Photo Gallery from the 2022 Hockomock Boys Cross-Country Championships at the Wrentham Development Center, 10-29-22. 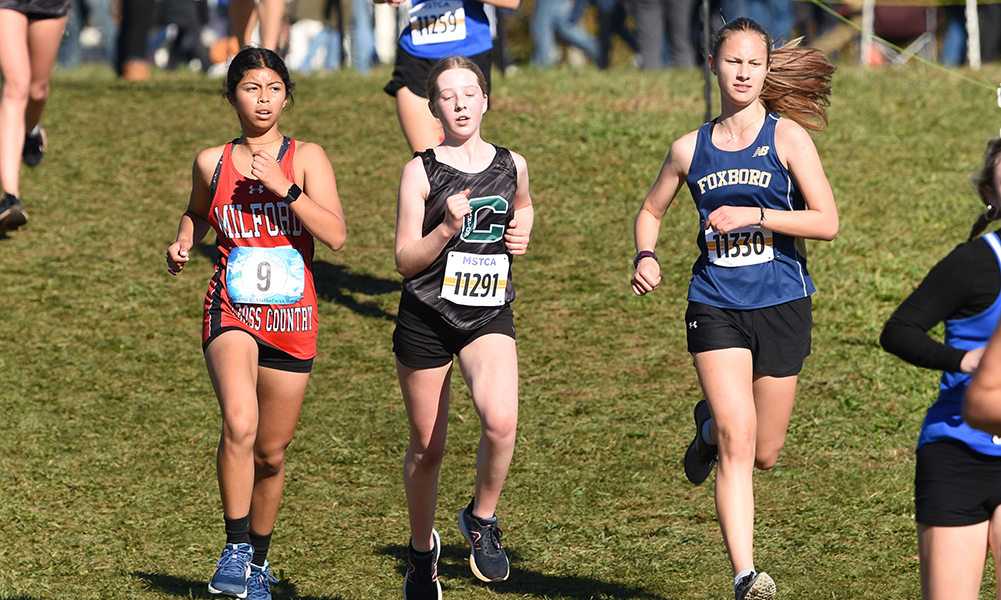 Click here for a Photo Gallery from the 2022 Hockomock Girls Cross-Country Championships at the Wrentham Development Center, 10-29-22. 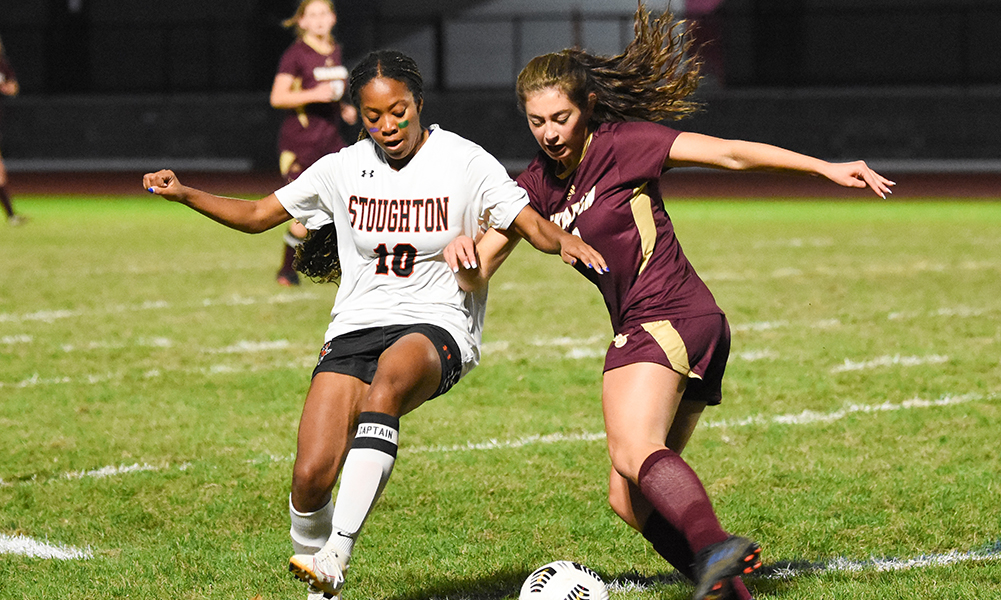 Click here for a Photo Gallery from Sharon vs. Stoughton girls soccer at Sharon High, 10-27-22. 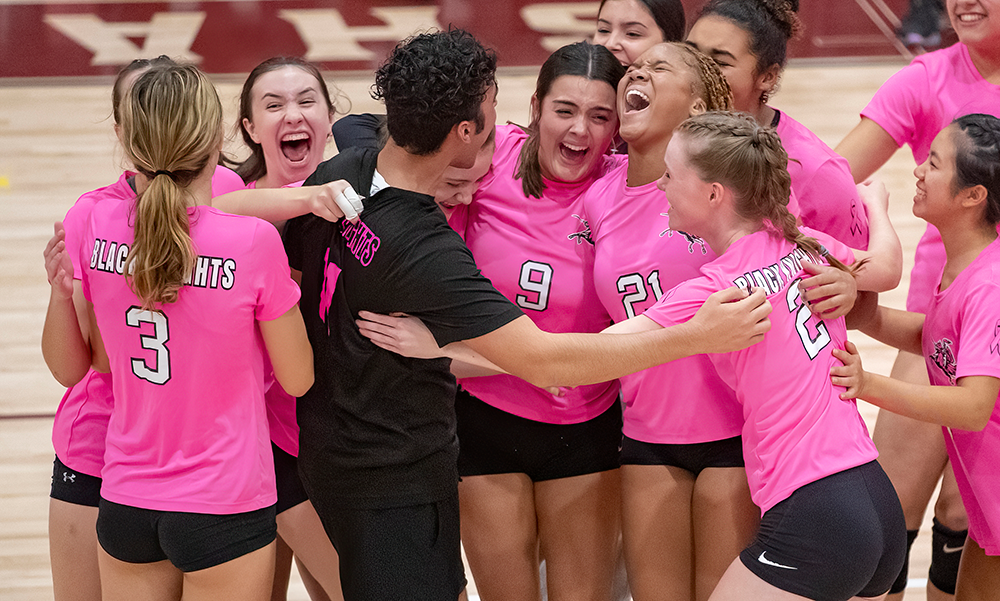 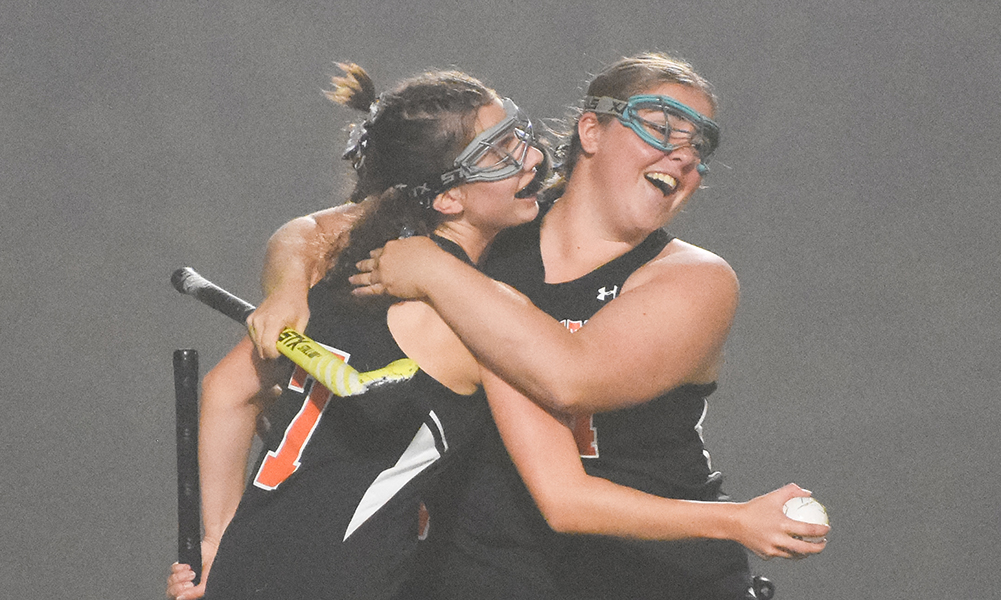 Click here for a Photo Gallery from Sharon vs. Stoughton field hockey at Sharon High, 10-26-22. 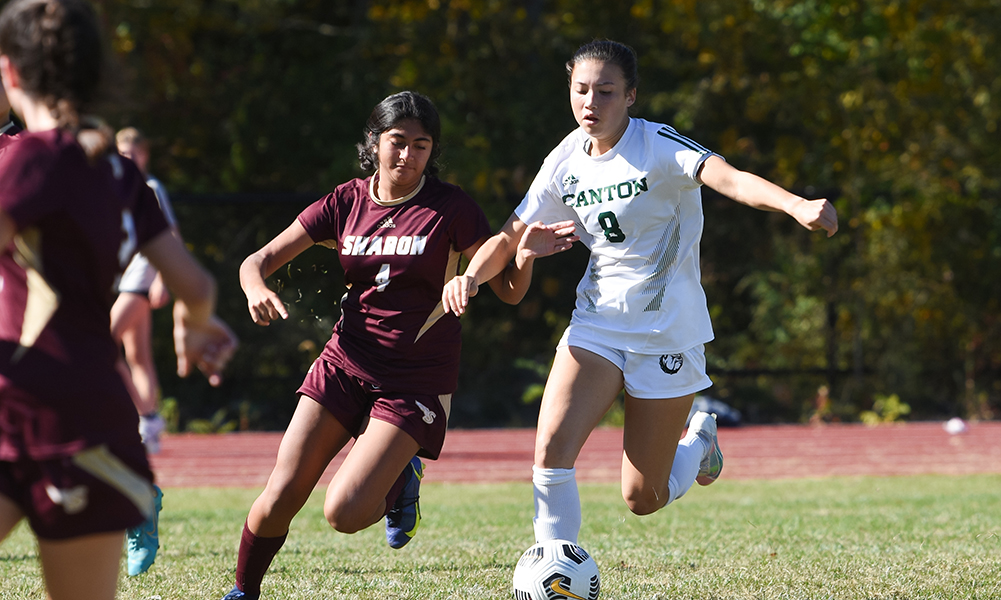 Click here for a Photo Gallery from Sharon vs. Canton girls soccer at Sharon High, 10-15-22.