Below are the official 2019 Hockomock League Boys Tennis All Stars, selected by the coaches in the league.

Below are the seeds for Hockomock teams in the MIAA playoffs. Times and dates are subject to change and we will update this post with any changes. 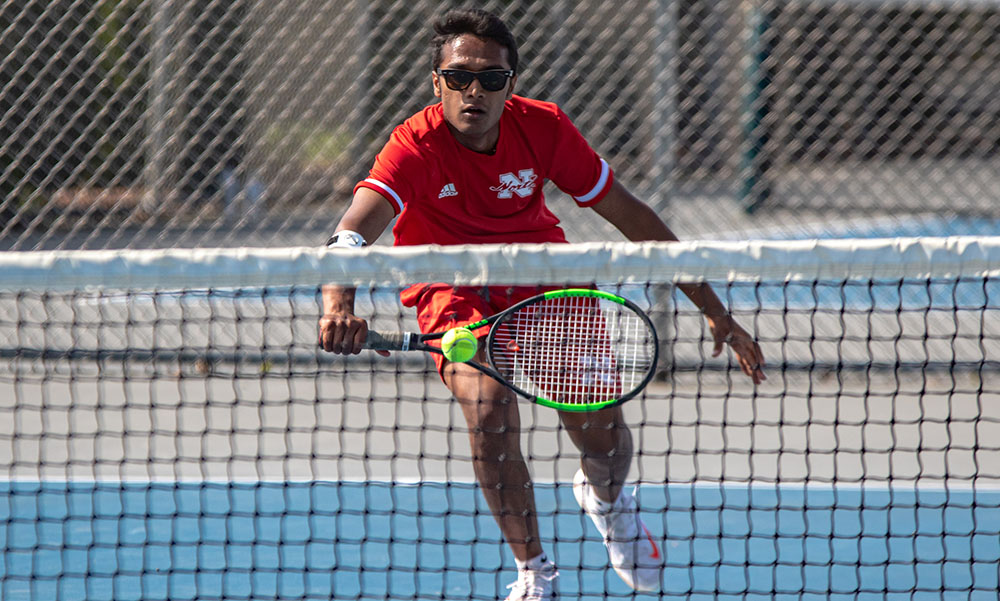 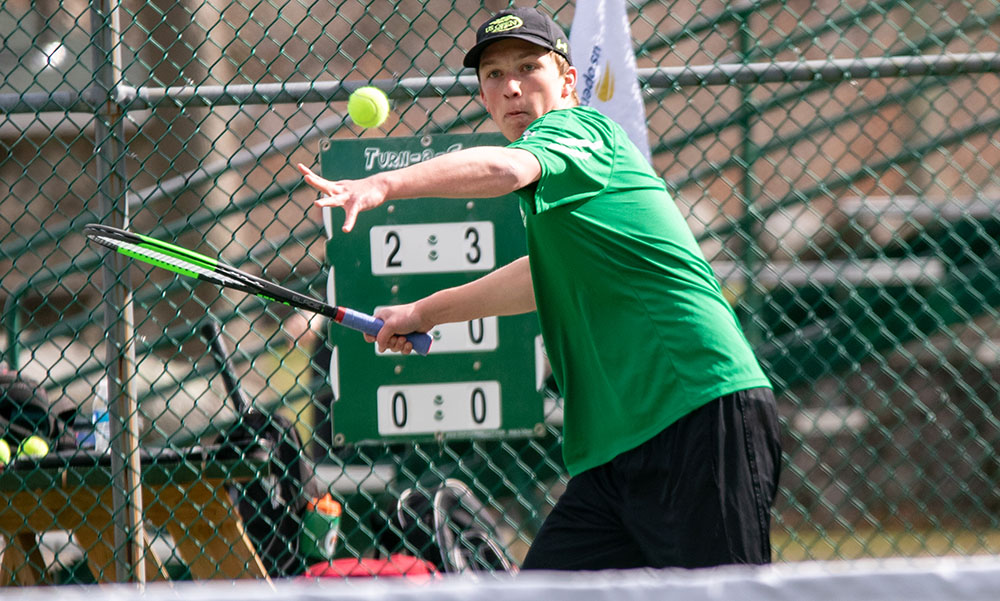 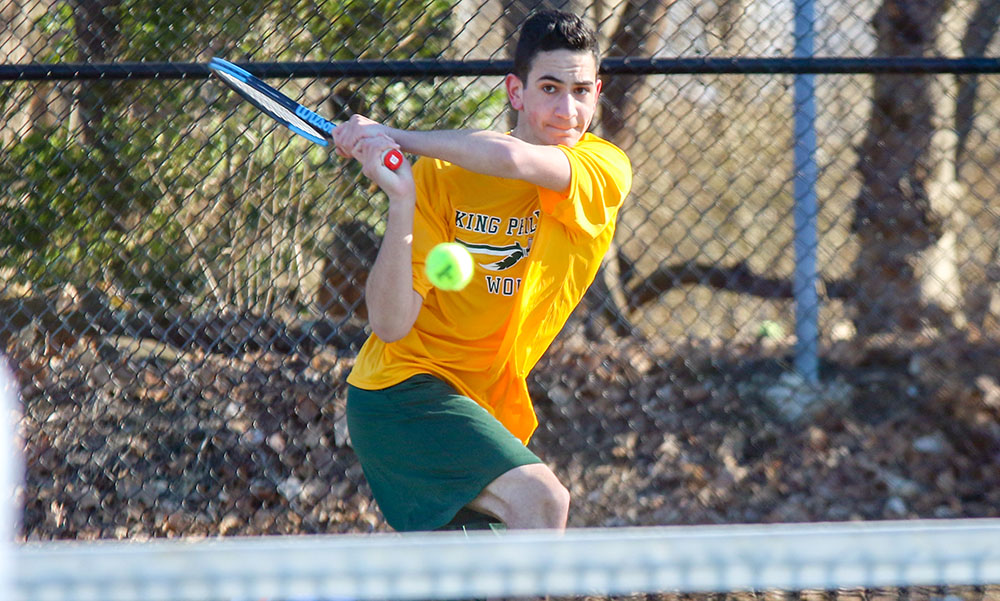 Below are the official 2018 Hockomock League Boys Tennis All Stars, selected by the coaches in the league.

Below are the seeds for Hockomock teams in the MIAA playoffs. Times and dates are subject to change and we will update this post with any changes. 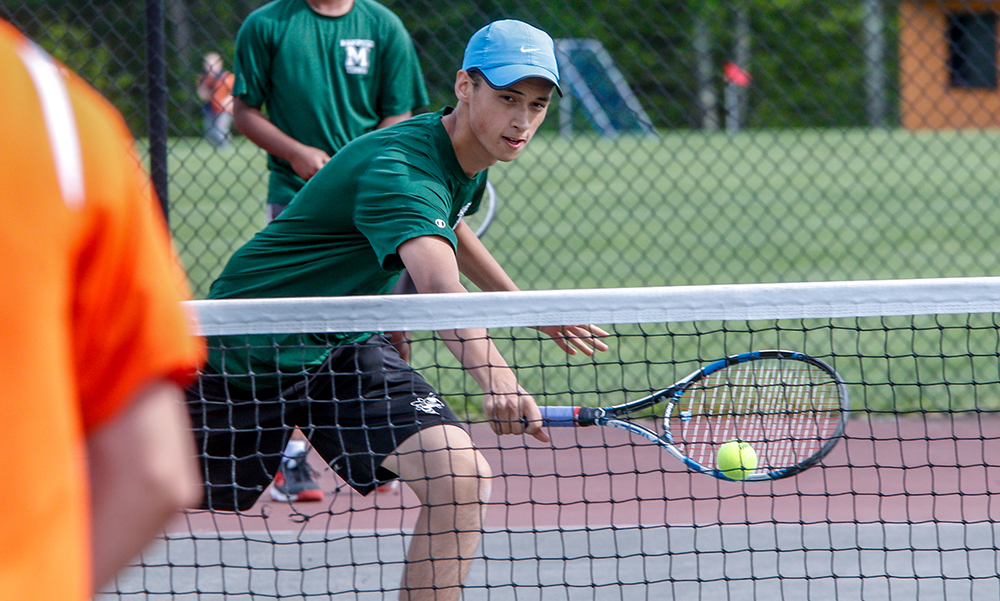 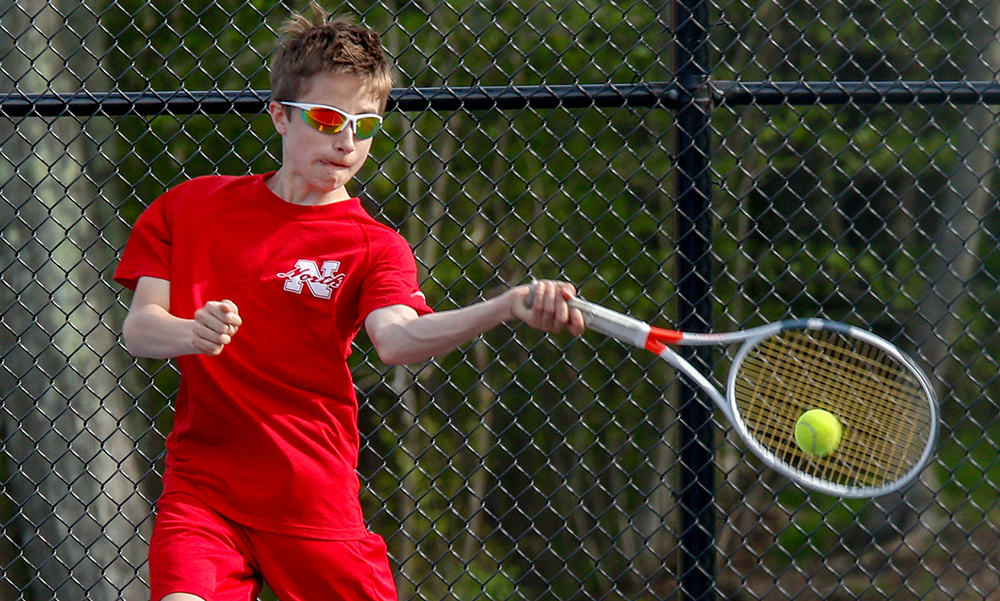 SHARON, Mass. – Streaks are made to be broken

That was the case on Wednesday afternoon as the North Attleboro boys tennis team beat Sharon, snapping the Eagles’ 123-match unbeaten streak against Hockomock opponents. The last time Sharon suffered a loss to a Hock opponent was May 7th, 2010 — predating the league splitting into two divisions.

The Rocketeers won all five matches, winning a pair of matches in straight sets while taking three others after three sets of play.

The team of senior Ben Pfeffer and Vikram Senthilakumaran pulled out a win after three sets (6-3, 2-6, 6-3) and sophomore Alex Pfeffer and Sam Gallagher won an all-important tiebreak in the first set to gain momentum for the second, prevailing 7-6 (5), 6-3.

“We’ve had some great practices and we’ve been working hard,” said North Attleboro head coach Mike Lacasse. “They were ready today. A lot of the younger kids didn’t know about Sharon’s streak. It was pretty evenly matched every match. It was a great day overall for North Attleboro tennis.”

Sharon, which has won 38 straight league titles dating back to 1980, lost to the Rocketeers 3-2 in 2010. After that, they finished the season with six more league wins before going 14-0 in each 2011 and 2012. They went unbeaten in league play (16-0) in each of the last five years and won the first nine matches of this season.

“It’s amazing,” said Sharon head coach Joan Cutter of the streak. “I have been very fortunate with the level of talent that has come through. I say it year after year. The parents get them to their lessons and the clinics, and the kids are determined. On top of that, they are all in clubs and do all sorts of great stuff. But it’s not a bad thing to lose here, it shows the kids they still have work to do.”

“You always look forward to playing good teams, and Sharon is always a good team,” Lacasse said. “We’ll see them again back at our place at the end of the season and we know they are going to be ready to go so we will have to be too. But we have to focus on Franklin on Friday first.”

North’s first point came from Richard Bermudez at first singles. Both Richard and his twin brother Christian are in their first year with the Rocketeers after transferring in from Venezuela. In a quick first set, Bermudez won 6-2 against Sharon’s Fred Bondar, who has been one of the top singles players in the Hock over the past couple of seasons.

Bondar grabbed a 2-1 lead in the second set but Bermudez battled back, winning three straight to go up 4-3. They each won a game before the North Attleboro senior was able to finish it off and get Big Red its first point.

“He played really well today,” Lacasse said of Richard Bermudez. “When the other kids see that he’s winning, or when he wins the match, their confidence grows too. So it was good for him to get the first point.”

The Rocketeers’ second point came from first doubles. The team of Ben Pfeffer and Senthilakumaran fell behind 1-2 to Sharon’s Max Brody and Russell Rapaport but rallied to win five of the next six games to take the first set 6-3. Brody and Rapaport proved why they are one of the top doubles teams in the area by bouncing back with an impressive 6-2 win in the second set.

But Pfeffer and Senthilakumaran settled back down, taking the final three games to earn a 6-3 win in the third set to put the Rocketeers up 2-0.

“The guys came together and started to really communicate and figure out what was going to work for them moving forward,” Lacasse said. “They used that and they were successful in the third set. The kids who were still playing got to feed off of that too.”

North sealed the win by getting its second win in doubles play, as Alex Pfeffer and Gallagher won in straight sets. After leading 5-2, Sharon’s Arie Chinnappan and Ashwin Sreevatsa battled back to win the next three games to make it 5-5. They split the next two games, forcing the first set into a tiebreaker.

Pfeffer and Gallagher trailed 1-2 and 2-3 before eventually tying it 4-4. Sharon closed the gap to get within one, down 6-5, but the Rocketeers finished it off to take the first set 7-6 (5). That momentum carried into the second set where Pfeffer and Gallagher won 6-3, securing the win for North.

“Those two kids have great mentalities, they are very even-keeled,” Lacasse said of his second doubles teams. “They don’t get too high or too low, they just play the next point so that helps in those close matches.”

Although the win was intact, North’s Christian Bermudez (second singles) and Jonah Manso (third singles) continued to battle in the third set.

Christian Bermudez won the first set 6-3 but Sharon senior Andre Olivei battled back to take the second set 6-4, sending it into a third set. Bermudez proved to be too much though, taking the final set 6-1 to make it 4-0.

“They are very talented, and they work at their game all year,” Cutter said of the Bermudez brothers. “They do what needs to be done to play the really strong kids in the state.”

It looked as though Manso was going to suffer his first loss of the season, dropping the first set 4-6, and trailing 4-5 in the second set to Sharon junior Danujan Thirumavalavan. But the freshman got stronger as the match went on, tying it at 6-6 to send it into a tiebreaker. Manso emerged with a 7-4 decision in the tiebreaker to tie it 1-1 and sending it into a third set.

“I think it says a lot about Jonah and his worth ethic,” Lacasse said. “He has the mentality of being able to let go of shots that don’t go his way and just move on. It serves him well, especially in those matches like this one that are competitive or go into the third set.”

The two teams will meet again on May 23rd, which is currently North’s last league game. The Rocketeers now hold the longest streak for boys tennis with 11 straight league wins, all coming this season.

“The kids are now excited for the next game against North,” Cutter said. “And we were just talking, it seems the level of talent in the Hock is up this year. King Philip is good, Franklin is there. It’s good because we don’t want to get to individuals and the state tournament without any competition. This is good for us to get that competition.”